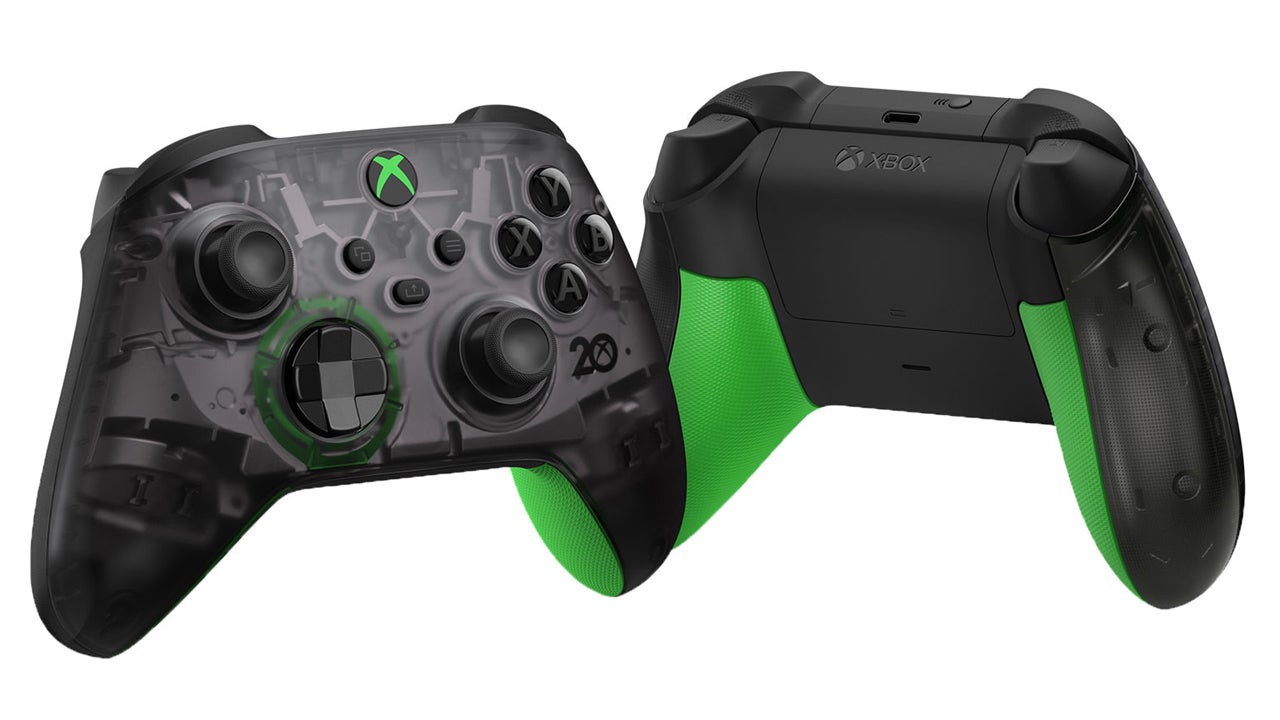 update: Xbox unveiled its 20th Anniversary Controller, along with a themed stereo headset.

show off Xbox wireThe news also revealed that connecting a new controller to the Xbox Series X / S adds a themed dynamic background to the options. The controller is currently available for pre-order.

The new stereo headset is built to complement the new controller, including a translucent section and Xbox green highlights. Xbox also unveiled a new matching Razer fast-charging controller stand, as well as a 20th anniversary T-shirt and hat.

Xbox Wireless Controller-20th Anniversary Special Edition The controller is a transparent black controller with an Xbox green on the back of the controller’s grip. As the name implies, this special edition controller is part of Microsoft’s celebration. To commemorate the launch of the company’s first home video game console, Xbox released on November 15, 2001.

Microsoft hasn’t officially announced the controller yet, The company’s official Twitter account made fun of the product yesterday. The list itself is priced at CA $ 80 for the controller and will be released on November 15th to coincide with the first Xbox launch anniversary.

This isn’t the first special edition gaming accessory Microsoft releases to celebrate the Xbox milestone. At Gamescom last August, the company unveiled the Halo-themed Xbox Series X console and Xbox Elite Series 2 controller. This is because the first-person shooter will also be 20 next month. Besides gaming consoles, the company has also announced other ways to celebrate the Xbox’s 20th anniversary. This includes a collaboration with adidas to create the original Xbox-themed sneakers. In July, the company partnered with Krispy Kreme to bring Xbox-themed Nexus Level donuts to the UK location of the donut chain.