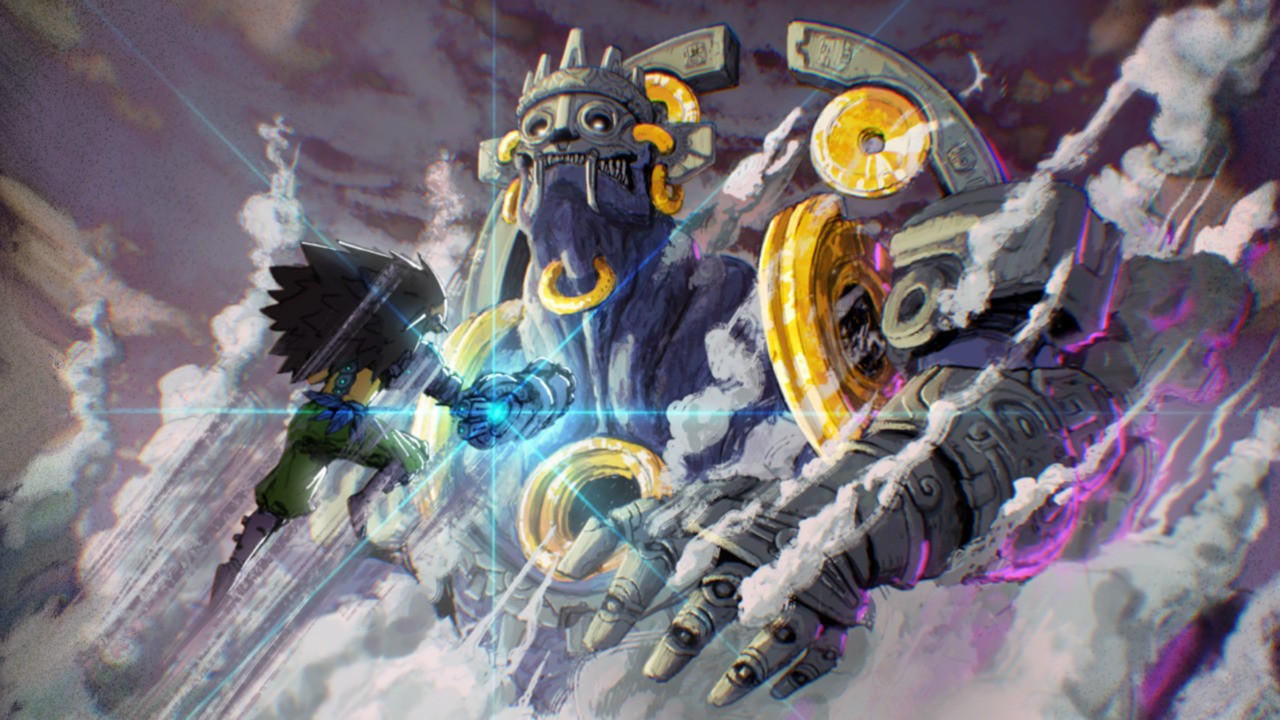 This “Latin Futuristic Cyber ​​Stone Giant Warrior” tells the story of Achtli, who accidentally awakened some very deadly enemies with her mother. There is a (very slightly) expanded version of the announcement trailer above, and Lienzo also shared this lengthy description:

In another period of Aztech’s history, European powers never reached the coast of ancient Central America. Tenochtitlan, the capital of the Aztec Empire, has prospered for centuries as a stone metropolis with advanced technology but deeply rooted in the way of life of the indigenous people on this land. However, their past gods, such as Quetzalcoatl or Mictlantechutli, the king of the underworld, disappeared in distant memories. Until now.

Achtli, who is about to become the heroine, and her archaeologist mother Nantsin conducted an unauthorized excavation. In the process of searching for ancient knowledge that can help the whole society, they inadvertently caused an explosion, awakening the boulder that was determined to destroy the city. Achtli crawled out of the rubble and discovered two new things: her prosthesis was replaced by stone products, and there was a person named Tez in her mind who claimed to have her own divinity.

Join this unlikely duo to smash the colossus and find out why the gods disappeared so long ago. Wield Achtli’s new gloves as makeshift jetpacks and destructive weapons to fight the huge boss. Soar into the sky, run on the walls, crush on the rails, and knock the Pantheon down with gravel blows. Upgrade your handguards with the help of Nantsin to gain new abilities from plasma-based projectiles to energy shields.

We have not received the exact release date for this version, but we will make sure to keep an eye on more news in the coming months.

At the same time, please feel free to let us know if you consider playing this through the comments below.