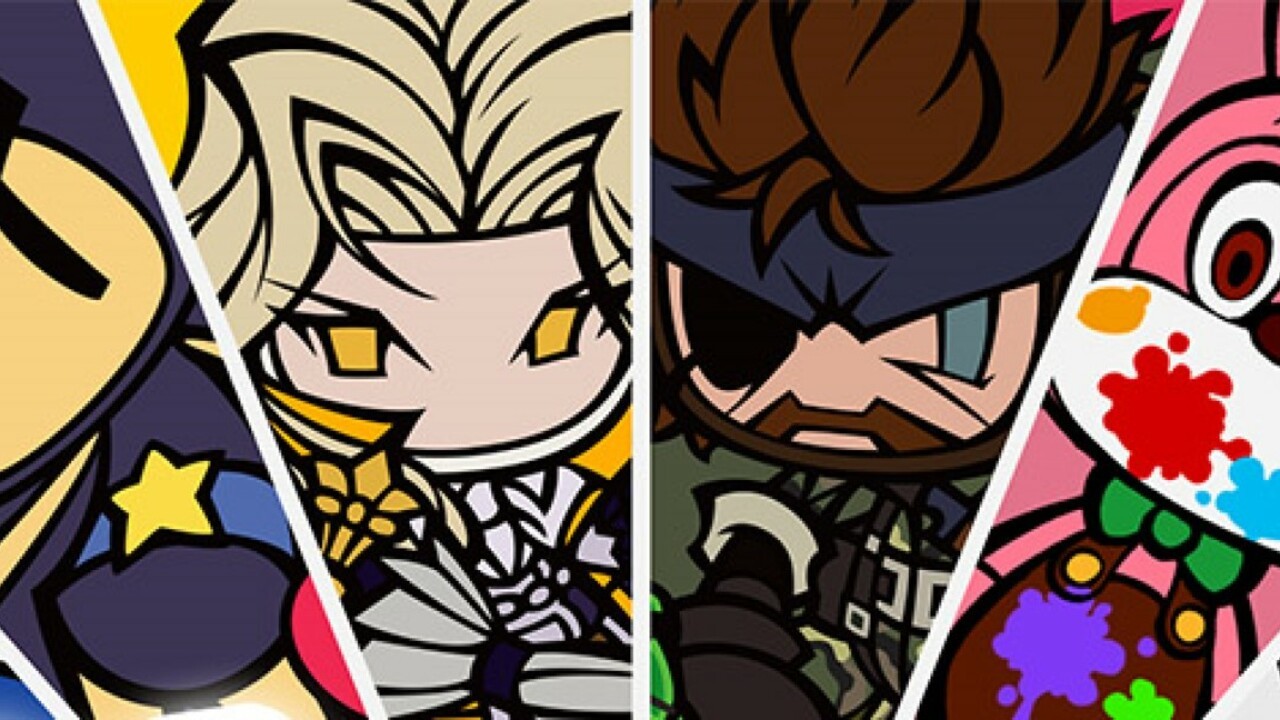 With the incredible modern influx of classic games such as Tetris 99, Pac-Man 99 and the short-lived Super Mario Bros. 35, Super Bomberman R Online feels like the last kid selected for the sports team Compared with similar games, this battle royale title is completely high-spirited and less elegant, but provides simple and engaging gameplay under the jank layer. This is not the best Bomberman game to add glory to the Nintendo platform, but it is certainly worth watching.

In terms of pure gameplay, anyone familiar with Super Bomberman R or the entire series will feel at home with this free battle royale game that debuted on Google Stadia last year. You play as one of several Bomberman characters (and some special characters that we will discuss in more depth later) and fall into an 11×13 grid arena filled with various blocks. When fighting against your opponent, you must strategically drop bombs within the grid of the arena to eliminate the opponent and clear the path for better mobility. 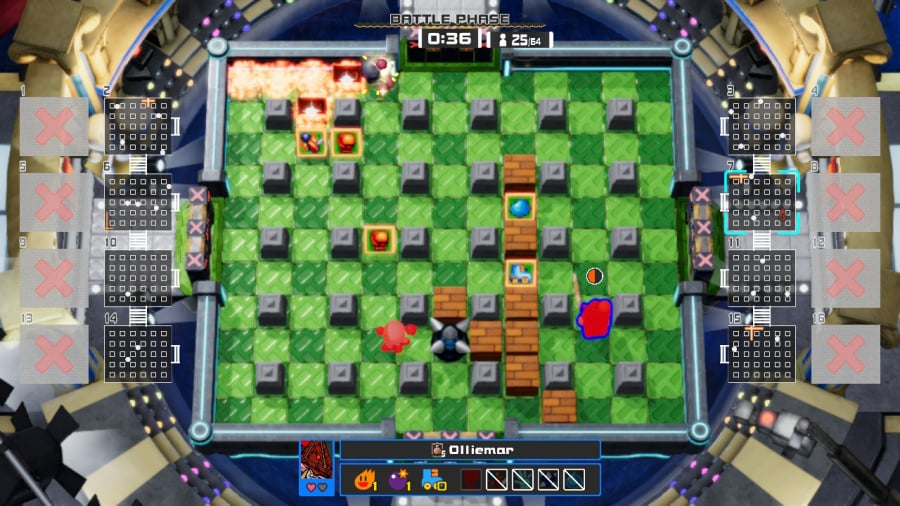 Super Bomberman R Online enhances the classic gameplay by integrating 16 interconnected arenas, enabling a total of 64 players to participate in the action. Each game starts in a familiar field and feels very much like a classic Bomberman title; in the stage called “battle mode”, only you have to fight against three opponents. After a certain period of time, the game enters the “mobile phase”; here, the game will force you to evacuate to a safe arena, as it gradually reduces the 16 arenas to one, and the remaining competitors will compete there for victory in the end.

In addition to the main Battle 64 mode, you can also create a game with a variety of different rules, including the number of players, time limit, number of rounds, etc. So if you want, you can bring the game back to the basics and have an old Bomberman game with up to 16 players. Of course, creating these games means waiting for players to join, which can take quite a long time at this stage of the game’s life cycle.

Nonetheless, the main Battle 64 mode is a truly interesting experience of the battle royale genre, completely free, but if you are willing to bet on the Premium Pack DLC, it will be strongly supported by a series of excellent special characters. It contains several Konami icons, from Richter Belmont and Alucard in Castlevania to Naked Snake and Raiden in Metal Gear Solid. Each character has a unique combat support ability. Alucard can turn into a mist, effectively temporarily not being damaged by bombs, while Snake uses his stealth ability to become invisible in a short period of time. 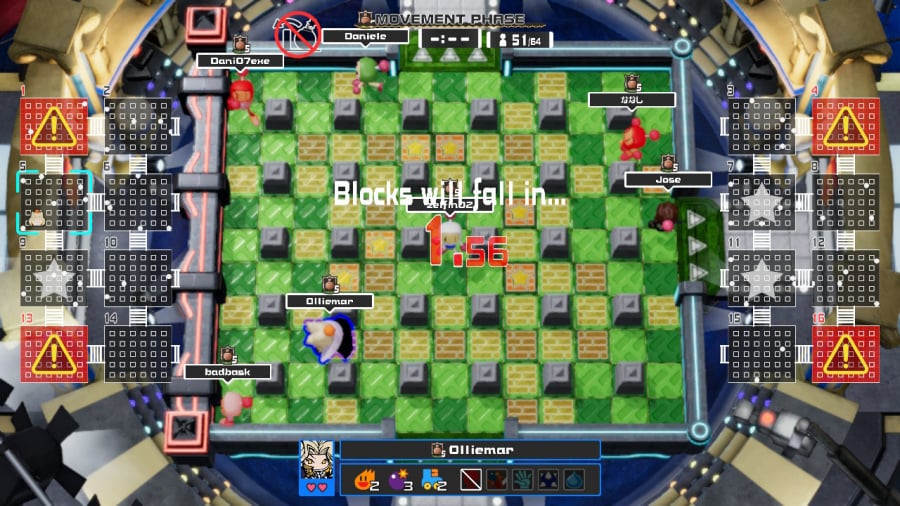 It is undeniable that those with Premium Pack DLC will automatically have some advantages over those who don’t, but Super Bomberman R Online has achieved a surprisingly fair balance during the game. Pickup and energy boosts provide ample opportunities for the basic characters. Get on the ground Objectively Advanced special characters. Even the mighty Alucard trembles with fear when he sees six bombs dividing the entire corner of the arena.

So the game itself is reasonable, and there are enough reasons to at least download Super Bomberman R Online to see what it is, but let’s talk about all the extra jank surrounding it. For beginners, there are some major initial issues at this stage of the game’s release. There are many short freezes during the game, which will usually completely ruin your progress. This is an incredibly frustrating incident, and we hope to resolve it as soon as possible before the console player base shifts to another game.

In addition to the technical issues during the game, it takes unnecessary time to simply begin The first is a game. In order to provide accurate and scientific discoveries, we actually timed from start to finish: Initially, when you click the “Quick Match” option, it takes (on average) about 40 seconds for the game to find other players; then you have about 25 seconds to choose you The character then enters another loading screen for about 60 seconds-then it only takes a little over two minutes to enter the game. If you happen to die early, this will of course be exacerbated, which means you must immediately go back to the starting point and restart the entire lengthy story. Come now. 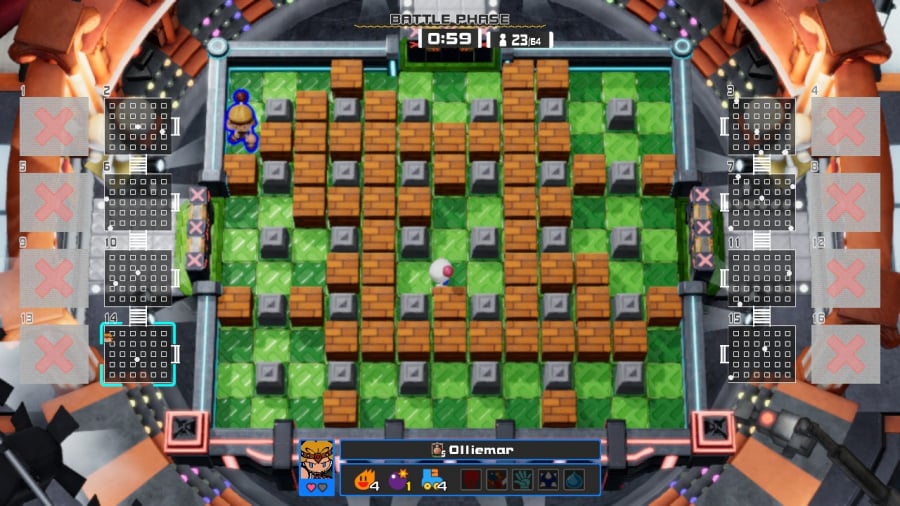 Super Bomberman R Online also comes with heap Optional microtransactions and battle pass. The battle pass is fairly standard, and new clothing, accessories and poses will be granted every time you level up, but the game gives you the option to purchase a “golden battle pass” for 800 bomber coins, allowing you to access multiple items at once. It’s worth mentioning that, as you might expect, you can only buy 100, 500, 1000 and 3000 packs of bomber coins, so you need to buy 1000 gold coins to get a battle pass, and the remaining 200 are used to collect dust, unless you Spend it on a single project.

For a game that is so simple in nature (in the end, this is what makes the Bomberman series so enduring), the addition of battle passes and microtransactions feels completely inconsistent with other experiences, and we can’t honestly say that we will soon Use again. This, coupled with freezing and stupid loading times, makes Super Bomberman R Online a difficult-to-recommend game, even if its core gameplay is still as compelling as ever.

As the latest classic series, Super Bomberman R Online has joined the ranks of many peers and achieved a turning point in the battle royale. It was not completely successful, and there were technical problems, including freezing during the game and long waits to enter the game, as well as battle passes and micro-transaction systems that were inconsistent with the nature of the game. However, under all the added padding is the same classic Bomberman gameplay, adjusted to fit 64 players, making it an experience that you should at least download and try. After all, this is a free bomber.