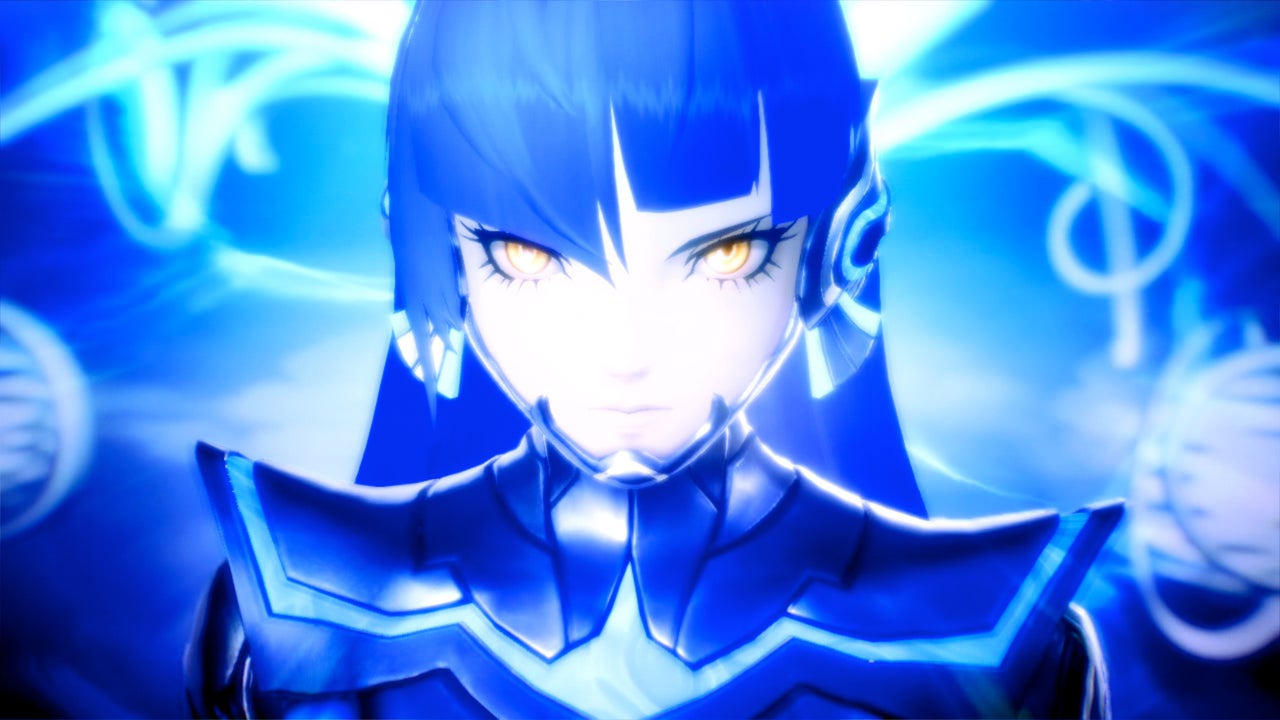 Shin Megami Tensei V feels like an edgy, unsociable younger brother of Persona 5, even though Persona began as a spin-off of the series. Both branches of the family share many of the highly customizable demon casts, like the mythical Pokemon you crush together to make something even more powerful. They have a similar good turn-based combat system, encouraging them to look for their opponents’ weaknesses and use all available resources wisely. Much of that heart is lacking in the persona formula here, but Shin Megami Tensei V is rising to succeed in most other ways.

Most of the action takes place in four vast open areas of the Netherworld. This is a substitute reality that reflects the post-apocalyptic Tokyo of mythical beasts and heroes. From the tanned desert expanse of Minato to the dark, bloody red wastelands of Shinagawa, each reflects the real-life Tokyo area, with major landmarks protruding from abandoned buildings and waste. They all have a very unique atmosphere, unlike the central theme of surreal and techno religious strangeness. You’ll fight a lot of fierce battles within them, but these weird streets include some tricky platforms to encourage exploration and find all of the hidden Miman-whole your party. Customize the little red guy or hero who gives you the currency you can use for miraculous bonuses.

And customization is a key pillar of SMT5. Since there are no human party members to stay with you throughout the adventure, you build a three-demon replacement team that all have their own strengths, weaknesses, and special tricks. Fusing two or more demons into a more powerful one is central to your progress, but you can also store an item called a grimoire. This allows you to keep powering up specific daemons that you want to keep for a long time. This is really thankful. Acquiring new demons involves a bargaining system where you need to learn the character of each demon and what reactions please them, but it certainly seemed overly random at times. But when I choose something that looks like a perfect reaction, it might be pretty funny just because the rug was pulled out from under me by an unexpected opposition-she can’t handle it shyly A arrogant fairy-like compliment that runs away when you call her beautiful, or a hingeless horse demon that favors you only if you repeatedly insult him.

However, when you take into account the essence system, things get really interesting. The Essence System allows you to teach skills from another daemon to an existing one, or to inherit the resistance and weaknesses of an element. Between fusion, miracles, and essence, it is possible to create some ridiculously strong and professional teams that can tackle almost any challenge. The way these systems interact isn’t particularly well explained, but I really enjoyed the step-by-step path to learning the system myself through trial and error. The thirst for experimentation is a big plus in this hellish world.

And unless you want to play on a simpler level of difficulty, you basically need to be proficient. Shin Megami Tensei has a reputation for cruel difficulty as a series, and I understood the reason even in normal mode. Just by using the strongest demons I naturally encountered, I was often bitten and spit out very quickly-especially against certain bosses, and in the last quarter of the story. But that’s only until I realize that the real challenge is to meticulously create the perfect team for each area, and sometimes even for each battle. If you have all the tools and know how to use them, you can quickly blow away enemies that were once thought to be invincible. But otherwise there is no mercy. Therefore, it is necessary to acquire the correct way of thinking.

Also, if you want to deal with future issues, you will have to do a lot of work. This is not so unexpected for a JRPG. If you have to fight 10, 15, or even 20 times with the same group of enemies in the same area to level up, you will definitely be dragged. Some kind of randomized combat fix to shake things from time to time would have been really welcomed. Again, consider the showtime attacks and erratic shadows added to the Royal version of Persona 5 as an example of how Atlus has successfully tackled this issue in the past. By skillfully using the specific types of enemies you need to know, you can skip some crushing, but you can’t completely avoid it. Especially towards the end.

When I’m not exploring or fighting wastelands, I spend a few short interludes in a non-apocalyptic version of Tokyo that feels like an unnecessary mini-game. Move a small pawn around the zoomed out cityscape. There is little to do or manipulate here, but these segments usually end up unnoticed. Each chapter also ends with a substantial mega-dungeon. Only one of the three, a hellish fortress with a challenging jump puzzle, felt very different from other adventures. The other two are corridors, mostly full of monsters. Half like the last dungeon tries to introduce an interesting new mechanism with doorways that start and stop time as it passes, but it’s not a puzzle, it’s a way to force backtracking. The solution was too unknowingly simple for me to feel like I had accomplished something.

Why can’t i be friends

Another area where SMT5 was consistently inadequate for me was writing. It takes more than 20 hours to find personal motivations beyond survival and understand what is happening, and the companion character is also very underdeveloped. They usually don’t participate in combat or have their own side stories, so they can’t spend enough time with most people. You’ll encounter them for a few minutes during the cutscenes after hours of adventure, and none of them seem to have a lot of deep backgrounds or even character arcs. They exist primarily as story decorations that emphasize concepts that are greater than humans.

The main story is, at least arguably interesting, and not just another rehash of God vs. Satan to rule the fate of mankind. I won’t ruin anything, but the three possible endings are a bit more subtle than that. However, the decisions up to the moment of “locking in” to one path do not seem to affect them at all and are quite complicated in the end. It basically introduces a whole new metaphysical concept through a descriptive dialogue dump at the last possible moment, which seems to mean recontexting the whole situation, but how it is. It doesn’t really explain what works or what happened with it after the last battle. This made the last hour or so feel like a rather cold and confusing conclusion to the spectacular 80-hour effort I enjoyed the other way around.

At least the whole art is exceptional. As visually stylish as any other Atlus game, I love the design of the protagonist. New and familiar to the veterans of the series, the devil looks and sounds great and has some great and unique attack animations. However, there are certainly some frame rate issues in certain areas, and grass-like details that pop only when very close can be distracting. Atlus actually tried to push the boundaries of switch hardware, but it’s gambling that works in some places and not in others. On the other hand, moody music is pretty good, if not as emotional and memorable as Persona’s iconic vocal tracks.