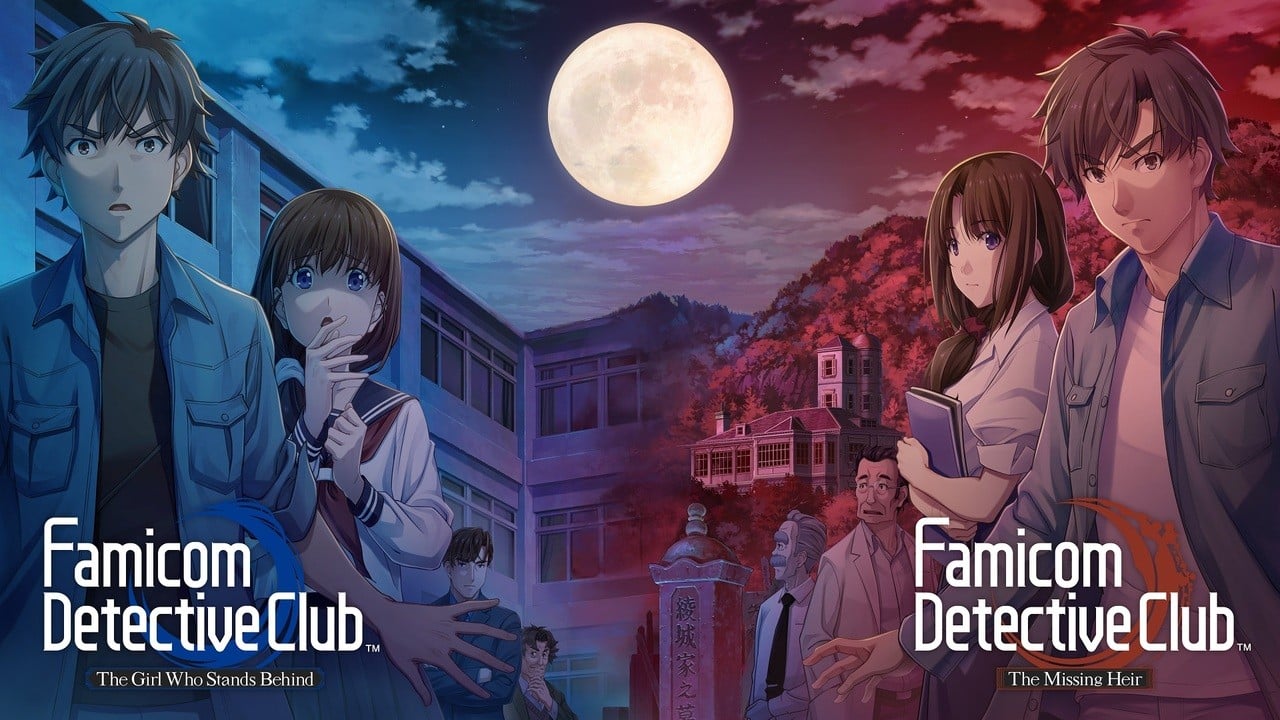 
The latest Nintendo Download update for North America has arrived, and it’s bringing new games galore to the eShop in your region. As always, be sure to drop a vote in our poll and comment down below with your potential picks for the week. Enjoy!

Aerial_Knight’s Never Yield (Headup Games, 19th May, $11.99) – Survive a futuristic Tokyo-style Detroit in this 3D runner that tells the story of Wally, who has uncovered the evidence that can change his city forever. Explore a game world with a dope-tastic soundtrack featuring the authentic sounds of Detroit artists. Run, jump, slide or dash for acrobatic variants leading to dope combinations and avoid the challenges that await. Play the free demo today before the launch of Aerial_Knight’s Never Yield on May 19.

Subnautica (Unknown Worlds Entertainment, 14th May, $29.99) – Descend into the depths of an alien underwater world filled with wonder and peril. Scavenge, craft and survive in a massive, open world full of wonder and peril. What happened to this planet? What is infecting the sea life? Who built the mysterious structures scattered around the ocean? Subnautica will be available May 14. – Read our Subnautica review

Subnautica: Below Zero (Unknown Worlds Entertainment, 14th May, $29.99) – The next chapter in the Subnautica universe submerges you in a new, sub-zero expedition in an arctic region of Planet 4546B. Arriving with little more than your wits and some survival equipment, you set out to investigate what happened to your sister. Construct habitats and vehicles, research alien lifeforms and uncover the truth. Subnautica: Below Zero will be available May 14. – Read our Subnautica: Below Zero review

#1 Anagrams (14th May, $3.99) – Do you enjoy crosswords or word games? Uncover hidden words: connect the letters, interpret the clues, improve your vocabulary, try your memory, challenge yourself and test your English skills. Why waste time finding and downloading thousands of crosswords when #1 Anagrams generates randomly infinite crosswords for you? On top of that you can enjoy the story mode with 200 crosswords sorted by difficulty level, and solve the Daily Anagram (you get a new one every day) which is the same for everyone in the world.

#Wish travel, Super Puzzles Dream (14th May, $5.99) – Puzzles move onto the next level with ‘Super Puzzle Dream’, a mix between classic jigsaw and a ‘Tetris’-style dynamic mechanic. #Wish travel, is the hashtag for saying YES! . . . to the trip of your dreams. Your jaw will drop as you complete puzzles with paradisiacal or cultural destinations from all around the world. Two levels of play, ‘senior’ (for adults) and ‘junior’ (for children aged 3+), guarantee hours of entertainment for all.

Arcaea (18th May, $39.99) – Touch, hold, slide—and, for the first time ever, use the Joy-Con™ controllers to glide through the world of Arcaea. Feel the rhythm in a vast collection of songs now fully available on Nintendo Switch™, and follow the fateful story of the girls lost in its world. Each awakens without any memories in a barren, pale world of ruined buildings and dry oceans. Only the drifting, glass shard-like memories offer any sense of life in this world. . . but where will the memories lead them?

Bounce Mania (14th May, $3.99) – Bounce Mania is an endless side-scrolling game where you bounce balls and other characters on platforms while collecting various power ups. This experimental journey into magnificent worlds will ask you focus and dexterity. Simple yet getting tougher and tougher, definitely addictive, this game will bring you hours of guaranteed fun. 20 different characters to collect and play with.

Calculator (12th May, $9.99) – A scientific calculator with a clear easy-to-read multi-line display, which should help with those not-so-easy-to-do maths problems. Calculator has an appealing modern and practical design, sure to be popular with all students and engineers.

Connection reHaunted (13th May, $6.66) – Hi, I hope this email finds you well. I’ve received the cd you had sent me and after a cursory glance at the files, I have to say the chances of recovering the software seem promising. There seems to be some data corruption but it’s quite possible it may still run. Now, again, I haven’t really dug too deep into it but it appears that it’s some sort of a simple game. I’ve seen plenty of things labelled as “map” so it probably has many levels. Pretty sure it involves some sort of a gun also? My guess is, it’s most likely one of those retro shooters. Anyway, gonna go take a nap. Couldn’t really get much sleep last night; had a lot of nightmares, can’t quite remember about what. I’ll keep you updated on my progress. Sincere regards, David.

Death Crown (Badland Games, 13th May, $12.99) – Death Crown is a minimalist real time strategy game in a 1bit style, where you will be play Death herself, commanding her legions of death, and punishing humanity’s Kingdom for its overconfidence.

Exodemon (13th May, $12.99) – You must make your way through maze-like levels, destroying hordes of enemies with your monstrous abilities. Combining the destructive power of your symbiotic claws with a fast, sharp and fluid movement, you’ll become an indestructible alien killing machine. In Exodemon you play as a scientist in the edge of the universe who was infected by an alien entity. The symbiotic force is trying to take control, but you may find a way to control the beast on the confederation laboratories. Resist the infection and blaze through various locations to reach the last escape pod before you lose what’s left of your humanity.

Fantasy Checkers (Prison, 10th May, $7.99) – Checkers – a traditional and inspiring board game known almost all over the world. The rules differs from one country to another, but the main goal is always the same- to capture all your opponent’s pieces.

INSTANT SPORTS TENNIS (14th May, $24.99) – 10 CRAZY TENNIS GAMES PLAY WITH MOTION LIKE CONTROLS. 4 Game modes let you play how you want 15 Unique and varied Tennis Courts. 19 Exciting characters to play with. Fun for the family and with friends.

Jetboard Joust (18th May, $9.99) – An intense, arcade-style, ‘bullet hell’ SHMUP/STG in which you must master a vast array of ridiculous weaponry in order to defeat a race of evil aliens who are intent on abducting innocent civilians and turning them into mutants. Jetboard Joust blends the spirit and intensity of 1980s arcade coin-op SMHUPs with the replayability and tactical elements of hardcore modern roguelikes.

Karma. Incarnation 1 (14th May, $11.99) – This original adventure game explores a love story between two beautiful souls through ingenious humour and a bizarre, hand-drawn, frame-by-frame animation style. Our hero’s beloved has been abducted by evil spirits, and the only way to reunite them is to reincarnate himself as a dragon to defeat Evil. But something has gone wrong, and his soul is reborn as a worm named Pip. Now Pip must overcome the challenges of a surreal world, solve mind bending puzzles, and save his love.

KASIORI (13th May, $7.00) – Girls battle with sweets in falling block puzzles! With Single play, 1P versus &2P versus mode. 3 sweets which are same and connected will disappear.

PROJECT : KNIGHT (15th May, $4.99) – PROJECT : KNIGHT is a short, real-time combat Collect-A-Thon with a cartoon-y look. Collect golden coins and battle monsters to progress through 6 unique biomes ( worlds). Defeating monsters will award you Soul Shards which you can use to upgrade your Knight’s power and health. Start helpless and increase your power!

Rabisco+ (14th May, $4.99) – The moon has become sad because her stars are lost, and now the sky is dark and empty. Help Ms. Rabisco to recover the moon’s lost stars and bring back the light to this cute but dangerous world. Immerse yourself in an adorable art style inspired by crayons, radiant colors, and hand-drawn lines. The Bossa Nova-inspired soundtrack complements the aesthetic to create a relaxing atmosphere. Rabisco offers hardcore difficulty with 20+ types of enemies and numerous interactive objects, including a speed run mode.

Rift Racoon (12th May, $4.99) – Get ready for intense precision platforming as you take the role of a rascally racoon named Tucker who possesses a curious ability – teleportation! Tucker needs your help to find a way home and escape the mysterious robot that won’t get off his tail. Use his claws to climb walls, leap over pitfalls and spikes, teleport through barriers and more across 50 handcrafted levels. Tucker may be cute, but the challenges he faces aren’t for the faint of heart.

Rise Eterna (13th May, $19.99) – Feed your nostalgia with a tactical RPG inspired by the greatest classical titles. Take on an adventurous journey, meet a whole range of unique characters, and immerse yourself in an engaging storyline. Recruit up to 14 characters, each with their unique abilities, and defeat your worst nightmare in epic fights. Unveil a dark and mature story focused on the relationship between two lost souls trying to discover the meaning of there life, fighting side by side.

SnowRunner (Focus Home Interactive, 18th May, $39.99) – Snowrunner will bring hours upon hours of hauling, logging, mudding, repairing, driving, and saving to all players.

Solitaire Card Games (13th May, $5.99) – Enjoy a relaxing solitaire card game in a cartoony art style and play one of the three solitaire card game variation. Enjoy the game as a beginner or an expert as you can choose between three difficulties. As a beginner you can play with only one suite or choose the expert mode and play the classic ruleset.

Space Commander: War and Trade (7Levels, 13th May, $9.99) – Space Commander: War and Trade will allow you to become a space pilot, explore the stars, trade, and lead your fleet across the galaxy. Dive into the ultimate single-player space sim with multiple career paths, engaging gameplay mechanics, and diversified missions ranging from exciting space battles to an authentic, sandbox RPG experience.

Taxi Driver – The Simulation (13th May, $14.99) – Start your day behind the wheel of a yellow taxicab and begin your career as a taxi driver in the US City Hamside. Carry your customers safely and on time to their final destination. Good reliability and consistency will be rewarded. Deliver satisfied customers from pickup to setdown. Tnlock additional vehicles and become the best driver in the City!

Tested on Humans: Escape Room (12th May, $9.99) – You are the test subject. Will you be able to discover what the experiments are about and escape? Tested on Humans is an escape room in a dark setting that will test your skills. Solve puzzles, decode secret codes, find hidden objects, and investigate the different rooms of the research center while you discover the events that led you there. Solve this mystery by exploring each of the rooms in which this adventure takes place.

Turbo Skiddy Racing (15th May, $4.99) – You race against up to 4 cars, AI-driven or local players, on 14 tracks; As an experienced racer, you will have to manage driving your car on bumpers and jumps, looping roads and even ice. Don’t let you get overtaken by the fast device driven cars or other players car, avoid collisions and win each race!

So that’s your lot for this week’s North American Nintendo Download. Go on, be a sport and drop a vote in the poll above, and comment below with your hot picks!