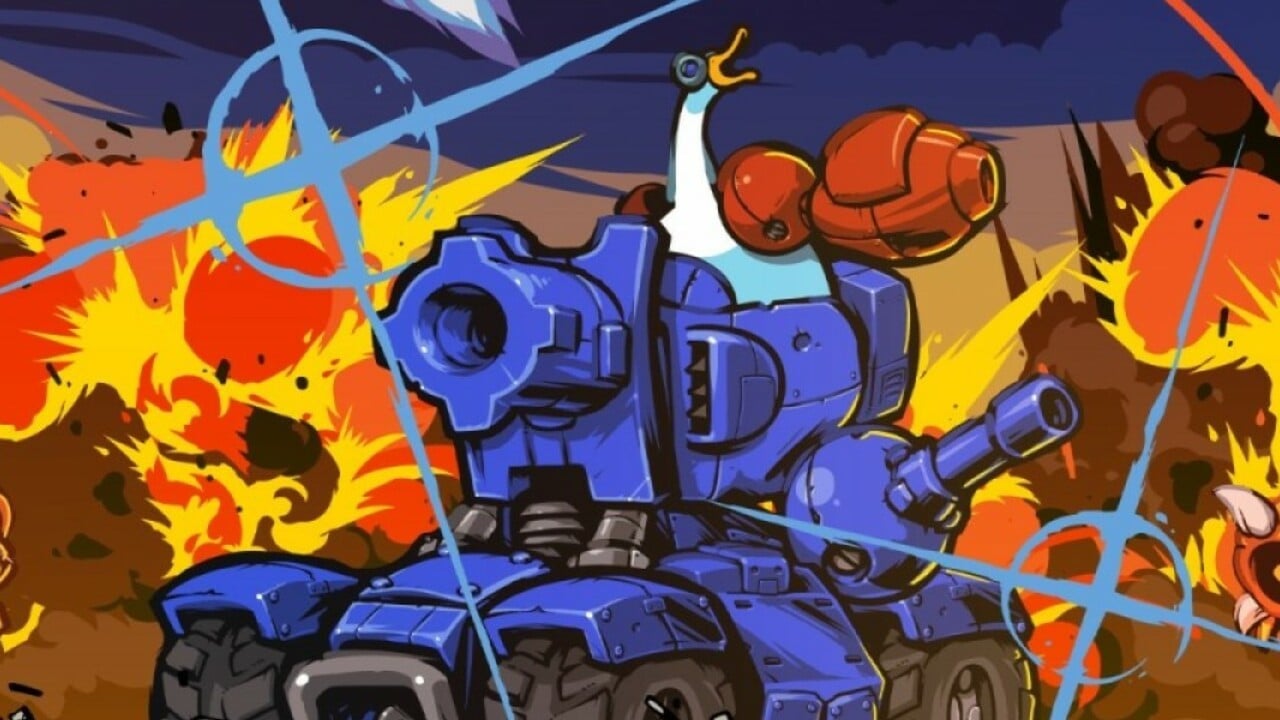 
The goose is really growing, isn’t it? After conquering the independent scene in House House’s Untitled Goose Game, this species is now taking off to the sky with Mighty Goose. This is a side-scrolling shooting game that provides the style of games such as Metal Slug and King of Mercenaries. To support the chaotic gameplay with the least plot, your task is to simply go from one level to another in various positions to launch damage to waves of enemies. This is what it is all about.

Starting with a standard hand cannon, Mighty Goose feels well-equipped from the beginning, but soon you will start to pick up new weapons such as shotguns, machine guns, and rocket launchers. The ammunition of these weapons is limited, so once you run out, you will return to the hand cannon, but fortunately, weapon pickups are very frequent throughout the game.

The actual gun battle feels smooth and responsive, you can shoot horizontally or vertically; jumping and then shooting down can actually make you hover in the air for a while, because the rebound of the gun keeps Mighty Goose in the air. This works better for more powerful guns like shotguns, and it will be very satisfying when you encounter an enemy with a frontal impenetrable shield.

Although most of the game feels great, the action tends to become a little bit and also chaotic. Mighty Goose is not the most resilient of the protagonists. Only the poor four pieces of health can keep him alive; when you face dozens of enemies from all directions, if you are hit by a projectile you have never seen before , Please don’t be surprised. Tracking all movements can be difficult, so sometimes the game almost feels a bit unfair.

To exacerbate this problem, the entire checkpoint may be unnecessarily harsh, and it actually seems to be getting bigger and bigger as you progress. Thankfully (well, to some extent), the steep difficulty curve appeared very early, so once you master the working principle of attack and evasion, you will find that your survivability changes as you enter higher levels Better.

The game also provides an armory option in the main menu; here, you can switch various abilities to help you fight, such as increasing the ability to move. You can also choose your auxiliary weapon, which starts with a simple “horn” and has nothing but a brazen giggle.

In addition to the chaotic movement, Mighty Goose is a visual enjoyment, and its character and environment design exudes style. The partners are also very clear that they can actually be played by a second person through cooperation, although their abilities can be said to be far inferior to Mighty Goose itself. In any case, whether you are playing by yourself or with friends, Mighty Goose is great, although its life span is a bit short in 3 to 4 hours, but if you want to play some excessive games, it is definitely worth a try-top run ‘n’ gun action.

Previous Post
Topic: How good are you in the game?
Next Post
Voting: Box Art Brawl: Duel #86-Battletoads