How Fallout 76 Became a Surprise Hit with Japanese Players 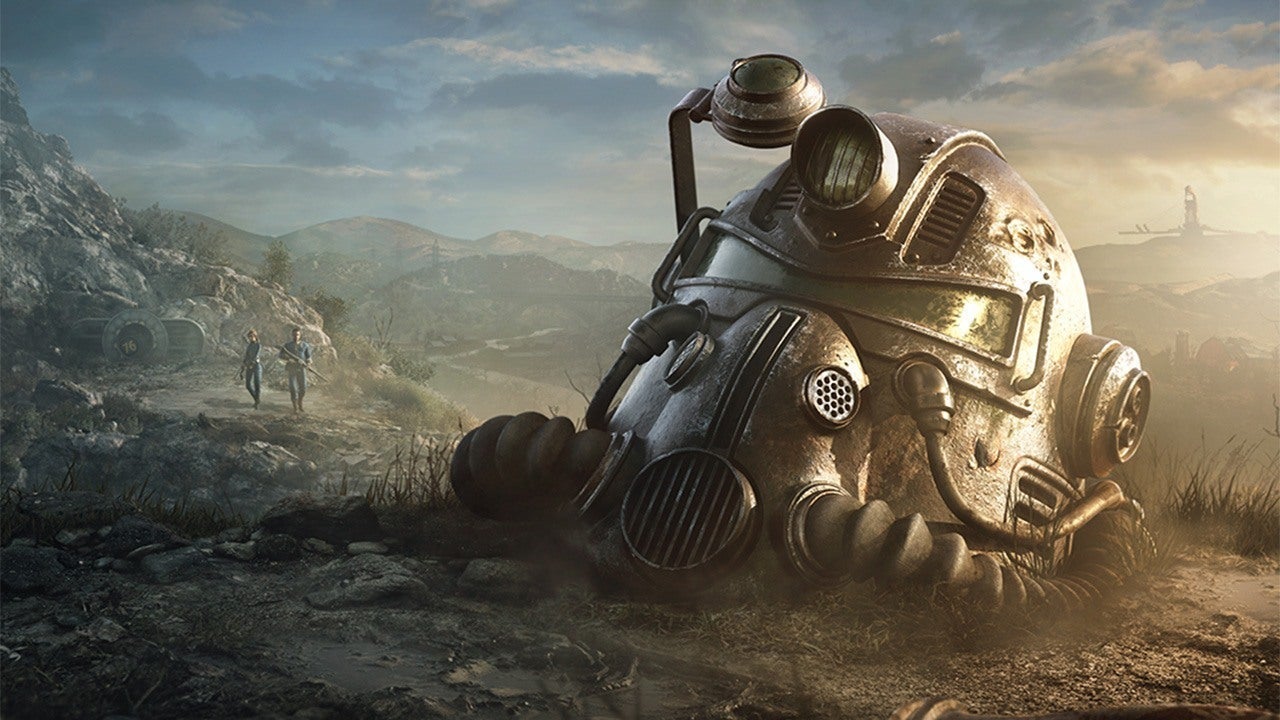 When Bethesda Softworks published the online multiplayer RPG Fallout 76 in Japan on November 15, 2018, it marked an exciting first for the long-running post-apocalyptic series.

Because of the need to remove and alter content for the Japanese market, Bethesda had previously released Fallout games in Japan a month or two after their global launch. But the publisher decided to buck this trend with Fallout 76, debuting it day and date with the rest of the world. The simultaneous release didn’t prevent Japanese players from criticizing Fallout 76 for many of the same reasons others did. But, as Fallout 76 gradually improved, the Japanese player base quickly distinguished itself as one of the most surprising and creative communities to come out of the game’s changing fortune.

This is something that both Bethesda staff and members of the global community have acknowledged in the past. But how did Fallout 76 gain such a foothold among Japanese players? And what has inspired them to take to the game’s creation tools in this way? IGN spoke to Japanese players and creators about their passion for this unique Fallout experience, and how they’ve gone from battling ghouls and super mutants to fostering a haven of customizable creativity as they rebuild Appalachia. One doughnut store or roadside diner at a time.

Have you played Fallout 76?

Speaking to these players, many of them argue that Fallout 76’s CAMP mechanics and customization options are integral to its success in the country. Historically, western first-person-shooters have struggled to gain a foothold in the region, with some exceptions like the Call of Duty series and battle royales like Apex Legends. The inclusion of the CAMP mechanics, which let players create their own bases and furniture out of the scrap they find, has, according to them, broadened Fallout 76’s appeal, attracting roleplayers and people who like to craft in games.

These features are particularly desirable qualities in Japan, according to those we spoke to, as historically many of the most popular games have been role-playing games with a high level of customisation, such as Animal Crossing, Pokémon, Monster Hunter, Minecraft, and Final Fantasy.

”Sandbox games are extremely popular in Japan,” said Reina Bolanos, a communications specialist working for ZeniMax Asia and Bethesda Softworks in Japan. “The aspect of being able to roleplay as your ideal character and build your own world as well as finding a play style that suits your interests is what we’ve seen to be the most appealing aspect of Fallout 76.”

Fallout 76 offers a unique, and perhaps unexpected, into the realm of customization, and it’s something players in Japan have gravitated toward. One of those players is Shack, also known as @canizares1116. He is a Fallout 76 roleplayer living in Osaka, Japan. Every day he logs into Fallout 76, dons an Easter Bunny Helmet in-game, and sells doughnuts from his CAMP styled after an in-universe Slocum Joes’ diner. He’s been playing the Fallout games ever since Fallout 3, which is what initially sparked his love for the wasteland setting.

“I was looking for an open world game and found Fallout,” Shack told me over Twitter. “My favourite elements of the Fallout series have always been the world, the exploration, and the gun combat. Though right now, my main character in Fallout 76 is a doughnut shop owner. I originally just made some sweet rolls and served them to friends, but I quickly switched to doughnuts because they don’t go bad. After the vending machine to sell items was implemented, that’s when I finally decided to open the store. To be honest, I don’t usually sell many doughnuts. However, it is always interesting when I make a sales pitch in voice chat and see the customers who come by.”

Shack attributes Fallout 76’s growth in Japan primarily to word of mouth and social media. Players are constantly sharing their adventures and creations online on sites like Twitter, and this exposure has helped people see some of 76’s unique offerings beyond the main quest line and daily challenges. Fallout 76 gives players multiple ways of tailoring their experience: you can create your own vault dweller, style your character, and craft unique CAMPs. You can also get into cooking, brewing, or distilling, uncovering recipes for more crafting options across the wasteland. All of these options have drawn more players in the country to it, by broadening the opportunities players may expect a first-person shooter could deliver, and giving them a way to express that online, where would-be players can discover elements of a game like Fallout 76 they may not have known existed from a viral tweet or widely shared screenshot.

Players are constantly sharing their adventures and creations online… and this exposure has helped people see some of 76’s unique offerings.

“Within the past year, the games that were most talked about in Japan were games that had some form of social aspect, which often ended up being Western games by their nature,” Bolanos said. “With foreign games now gaining traction in Japan, this also influenced many fans to try out Fallout 76. Namely, all the foreign games that are popular with the general public are games that are geared towards people who want to play with friends, as such, the multiplayer aspect of Fallout 76 has been fairly popular here.”

Beside Shack, I found plenty of other players who run their own roleplay stores in Appalachia, such as Mikan, who owns a stuffed animal shop, and Raxa, who has an auto parts store. While some of these CAMPs are functional, selling weapons and ammo, others are more about creating fun and unusual experiences for others. Both Shack and Mikan, for instance, receive lots of visitors to their CAMP, from Japan and overseas, with it often acting as a conversation starter to get around any potential awkwardness or language barriers.

But it’s not just roleplaying that has inspired Japanese players to build their own CAMPs. Fallout 76 has also attracted a ton of people who just want to see how far they can push the building tools and get creative. Motsu219 is a player from Tokyo who spends most of his time on Fallout 76 creating and exploring the limits of CAMPs. He’s been playing Fallout ever since falling in love with the Fallout 4’s Settlement mechanics, where players could renovate areas of the wasteland with scrap found while exploring.

“I really like building and constructing CAMPs, but I’m also really fond of Fallout 4’s settlement system,” Motsu219 said. “That’s one of things that really got me hooked on the series. I think other fans have loved the Fallout series for a while, but there are also probably a lot of people who gained interest in it through games like Skyrim and Oblivion, like I did. I believe that’s why the community has grown.”

Motsu219 currently has four CAMPs in Fallout 76 he’s shared online: a roadside diner, a lighthouse, a swamp shack, and a modern lakeside manor. He told me he sources most of his ideas from Pinterest, with the fun coming from taking 76’s modular pieces and combining them to recreate real-life buildings and unexpected structures. The variety of his creations is only possible due to an update from earlier this year that allowed Fallout 76 players to own multiple CAMPs, as well as the frequent addition of time-limited items such as glass walls and themed bundles within the Atomic Shop. In the beginning, a red barn wall and a few posters were considered luxuries, but now players can build with an expanded library of items.

“More than anything, [Japanese Fallout 76 players] love showing off their interests to the world and will spend hours upon hours perfecting their camp to share their love with the community,” Bolanos told me. “Those who play the game together also often give one another advice and hands-on help in-game to help improve each other’s already amazing creations! Even if you start playing the game alone, the warmth and generosity as well as the willingness to share knowledge with one another is the key factor for why so many CAMPS are well-built.”

In the beginning, a red barn wall and a few posters were considered luxuries, but now players can build with an expanded library of items.

That interest in pushing the boundaries of Fallout 76’s mechanics is a sentiment shared by many players in Japan. There are a wealth of talented creators in the community, including a 12-person strong group called the CAMP Builder’s Union who host an annual small CAMP competition. And the variety of creations extends further, from flying trains to Japanese folk houses, festival shrines, island CAMPs, and Howl’s Moving Castle. Motsu219 is constantly stunned and trying to work out how people have pulled off some of the features inside their Camps, as is Red Bee, the lead representative for the CBU.

“I personally like this game because of the architecture and vendor features that I have been waiting for since Ultima Online,” Red Bee said. “I’m always marvelling at other people’s ideas. There’s some ideas I’d have never even thought of. And I also want to raise the level of architecture by learning and sharing ideas too.”

Given all the creativity on offer, it was only a matter of time before Bethesda developers took notice of this growing community. And the reaction so far has been entirely positive.

Bethesda employees have repeatedly acknowledged the Japanese Fallout 76 community on Twitter, with former Fallout 76 project lead Jeff Gardiner commenting that it was “amazing” to have them in the playerbase and the senior community manager for Australia and New Zealand Jonny Roses called players “ridiculously talented”. Bethesda’s Japanese Twitter account, meanwhile, has been holding annual CAMP competitions, to reward these creators with prizes for their dedication. Speaking to IGN, Don Etgeton, the lead UX/UI Designer on Fallout 76, remembers clearly when he first heard other members of the team discussing the Japanese community and their creations.

“Early on, I remember talking to the producer about adding the ability for Japanese players to purchase things in the Atomic shop, which they didn’t actually have at launch, and [the producer said] ‘Have you noticed the Japanese players seem to make very meticulous CAMPs?’” Etgeton said. “That’s the first time I ever remember someone saying something about it. And yeah, they are very meticulous. They have their own kind of very detail-oriented [CAMPs].”

The Best Fallout Stories For the Amazon Show

Previous Post
The score of the Switch OLED model is 2 out of 10 in the durability scratch test on the screen.
Next Post
Fortnite adds Chris Redfield and Jill Valentine to new Resident Evil collaboration