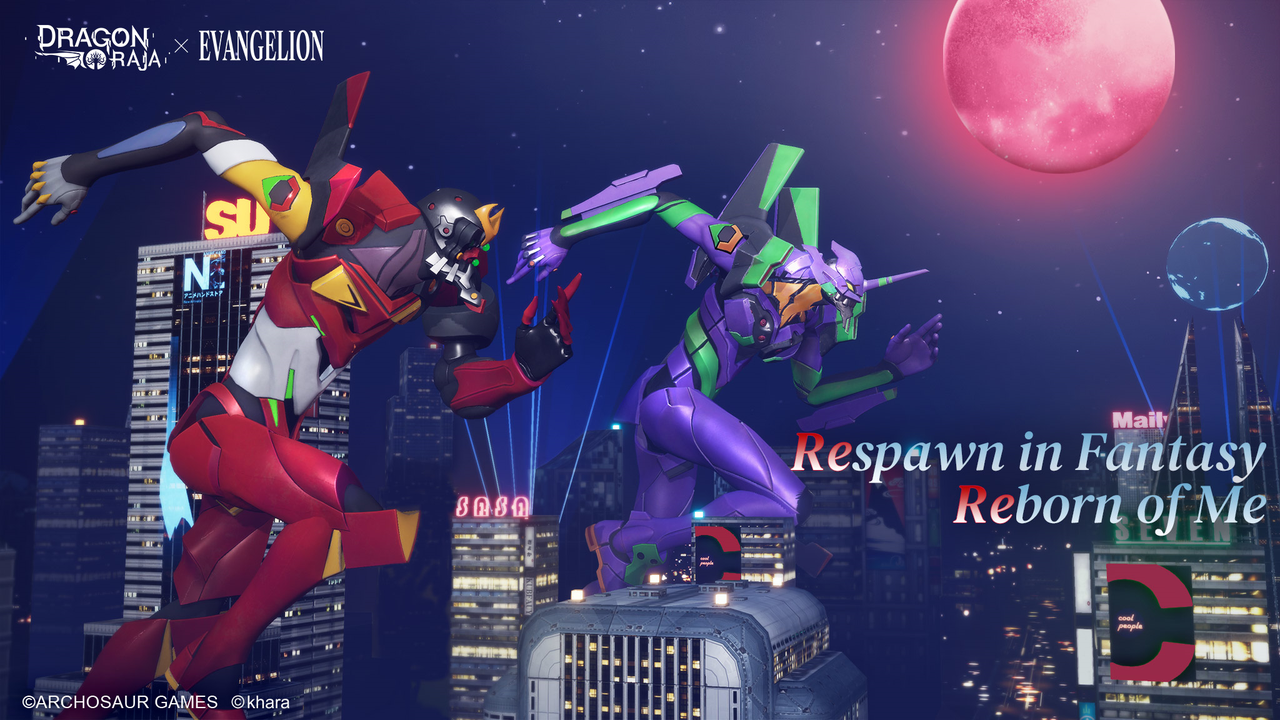 Following its own pioneering footsteps as one of MMO’s biggest IP crossovers with the classic anime Evangelion on all platforms, Dragon Raja is about to host its second long-awaited collaborative gaming event.

From vibrant neon Tokyo-style streets to lush green fields and countryside forests, it’s easy to forget that this is a mobile game in an environment powered by Dragon Raja’s Unreal Engine 4.

Announcement of Dragon Raja for PC

Based on the success of the first collaboration, developer Archosaur Games has revealed that players can enjoy this second Evangelion collaboration event on the new PC version of the game. Do you already have a mobile account? Use the same account to seamlessly switch platforms and pick up instantly from where you left off for free!

Example: Start a quest on your mobile device while you’re on a long commute or in line at the bank, and when you get home, you can quickly pick up and work on where you left off in the mobile version of the game. That menacing boss from your PC!

Have you ever played Dragon Raja?

While graphics have already pushed the boundaries of mobile, the PC version brings the gorgeous world and characters of Dragon Raja (with Evangelion’s collaboration event!) To life in a whole new way. Enjoy motion capture, voice actors, detailed environment and characters on the big screen.

With the resurgence of the “crisis” at the end, a limited edition EVA02’γ vehicle and new battle uniforms will be available for all Dragon Raja players. In addition to your last chance to get the limited iconic vehicle EVA-01, the game will offer a free exclusive gift to everyone who logs in during the event.

For a limited time, you can get limited battle uniforms such as Evangelion’s Asukaya Rei uniform. Archosaur Games suggests that this will be your last chance to get these vehicles and uniforms, so fans need to hook them up before they’re gone forever.

In a new limited-time event called “Video Game Duel,” players will face their opponents in one-on-one battles, hone their combat skills, and claim winning loot. Players can choose combat strategies, participate in offensive or defensive camps, and work with allies to complete secret missions from the camp and earn rewards.

Log in and claim a large amount of free loot

To commemorate this second Evangelion crossover event, Dragon Raja has prepared a pile of prizes for everyone who plays. Simply log in daily to claim all avatar frames, special stat boosts, coupons, evolution stones and more.

To keep the game growing, Archosaur encourages players to invite friends and family to the game. And if the number of players in the PC version exceeds the population milestone, Archosaur will surprise the player base even more and promise continuous support for the game.

Two new servers have been released to accommodate new users, and all players joining these two servers will receive a limited gift package containing 5 polishing dyes and 5 Flames of Underworld. Archosaur Games aims to keep the experience of all players smooth since this second Evangelion collaboration event.

Archosaur Games has been involved in the American and European gaming markets for many years as a developer and publisher of Dragon Raja. Archosaur trains the best game developers, leverages Epic Games’ new Unreal Engine, and uses many cutting-edge technologies. As key developers, they are always looking for breakthroughs to deliver great new games and are constantly optimizing existing titles to provide a better gaming experience for all players.