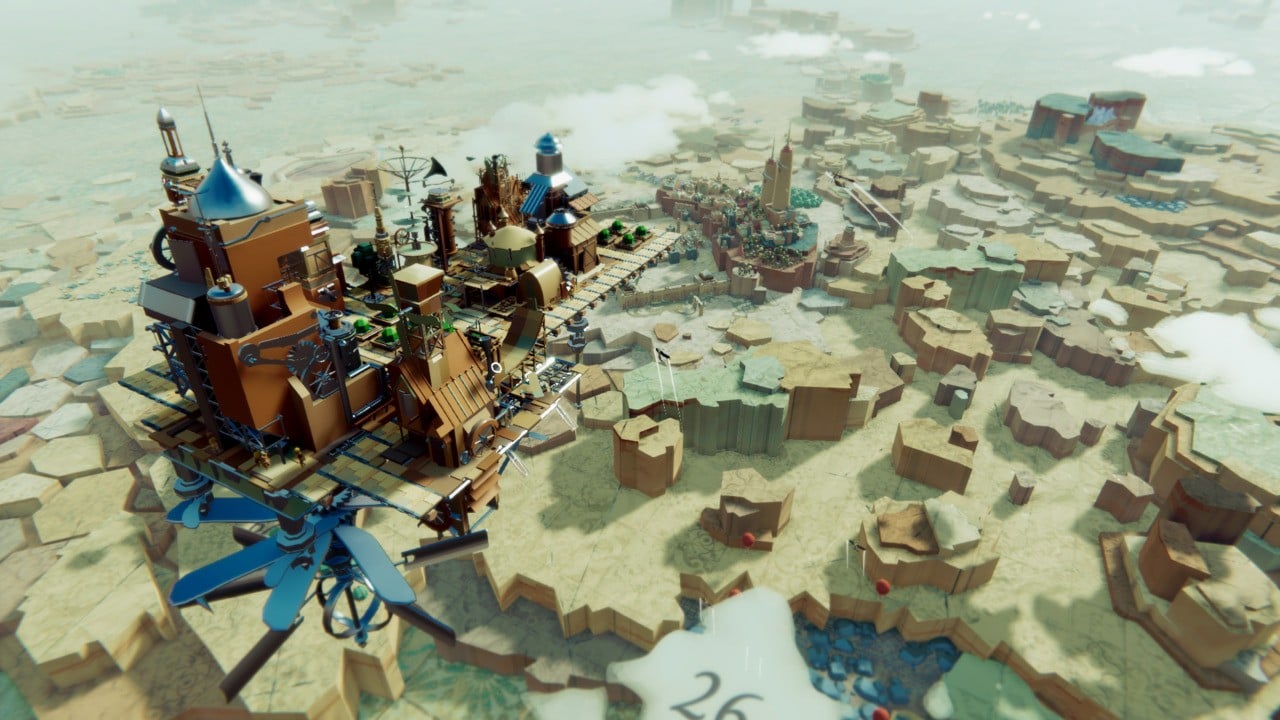 If you are a person who roamed the city Bioshock InfiniteIn the floating city of Colombia, I realized that I was thinking exactly how such a city would actually be feasible. You are in the right place. Airborne Kingdom Is a flying city builder whose mission is to create your own floating steampunk city. This is a bit of a twist in the genre that gives a slightly different idea of ​​how cities are organized, but it also doesn’t fully meet that potential.

To launch the main campaign, start with a simple town center. It’s your job to start expanding the new community into a thriving utopia with its own council. Of course, to do so, you need to use workers to gather resources and build new buildings and structures.

But as you are floating in the sky, resources must be gathered from the world below. But the good news is that if you build your own hangar, you can fly to nearby forests, caves, settlements, and other areas of interest. Workers then automatically reclaim critical resources until there is no supply in a particular area. 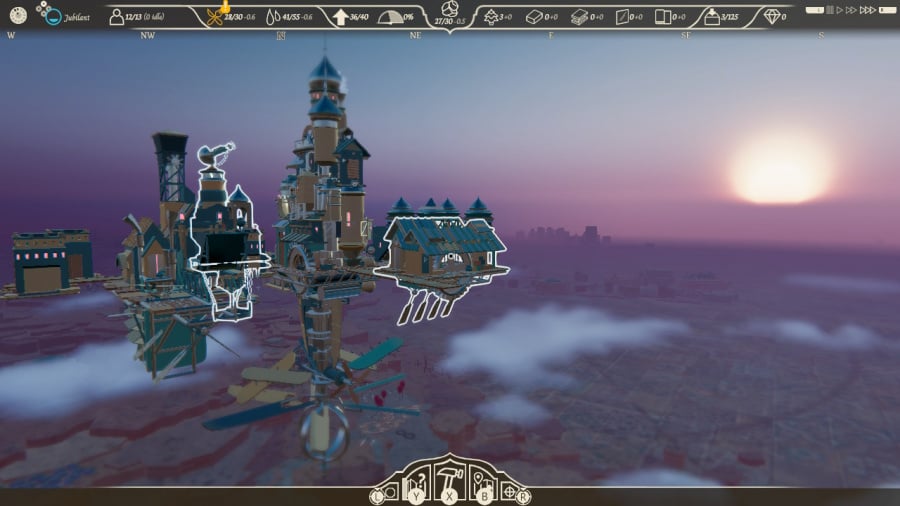 From a gameplay point of view, the mechanic works well and it’s easy to wrap around your head, but it’s a shame that there’s little focus on this from a narrative point of view. Jumping out of your city and essentially removing its world of natural resources in an era when climate change is a hot topic could have created an interesting storyline. Nevertheless, it is a convenient way to ensure that your kingdom continues to prosper as you continue to expand.

Once you have the resources you need, you can start expanding your city. Your first call is to allow your workers to stay somewhere. Therefore, the timber from the nearby forest can be used to start the construction of villages where each house provides shelter for one worker. As you progress through the game, you need to consider where these settlements are in relation to other structures. For example, workers really hate it when they need to live near an Adobe kiln because of smoke, which directly affects their overall level of well-being.

However, an important aspect to keep in mind when building a city is how structures and routes affect the overall balance. If you build too many buildings on one side, the city will be raging. You can mitigate this by placing wings, balloons, and other “floating” objects to offset the weight from the structure.Again, an imbalanced society is an unhappy society, and if you take it that too By far, you run the risk of completely destroying your city. 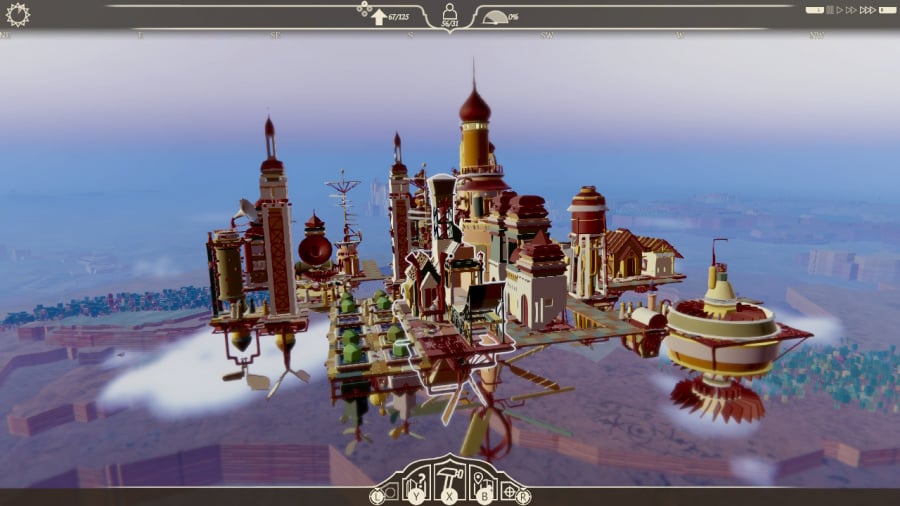 Access to new structures and perks requires research that is always accessible during the campaign. It takes some time in the game to learn new trading tricks. Only one new thing can be learned at a time. This is to avoid being overwhelmed by the generous options of the game. Gaining access to new abilities and structures is also accomplished by visiting the 12 kingdoms of the world. By undertaking quests and supporting their own development, you’ll get unique resources, structural blueprints, and other nifty perks.

Ultimately, your goal is to grow your population to 150 and visit each kingdom of the game to gain the support of becoming the most prosperous city around you. Compared to other city builders, it’s a pretty refreshing experience. As the population grows, we can send dozens of workers at a time to gather resources, so we never realize that we are really nervous about the difficulties. In a way, it feels like the game lacks some depth. It would have been nice to see a little more focus on actually maintaining your city by repairing broken machines and keeping buildings and leaves from deteriorating. Currently, the focus is on resource management and expansion. 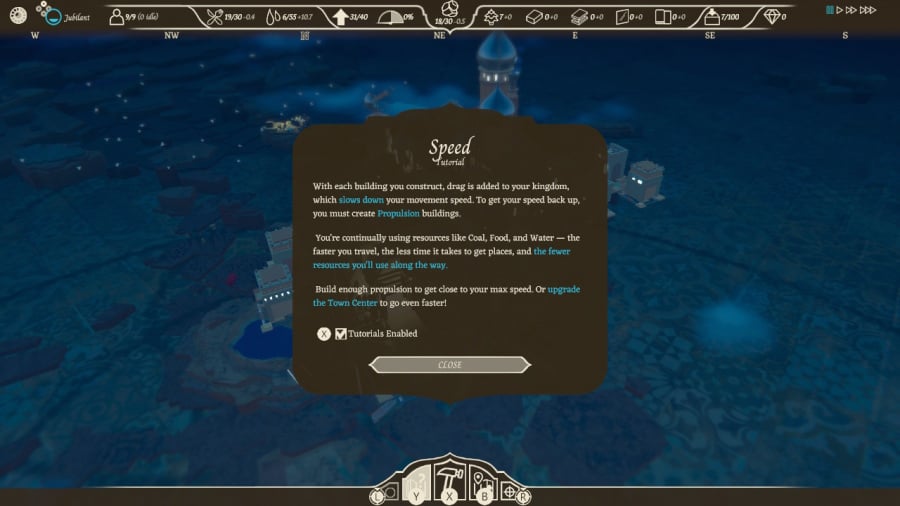 With this in mind, if you want an even easier experience, the game includes a create mode. This virtually eliminates all resource management that comes with standard campaign mode. Here you can really bend your creativity and build the kind of city you like. Want a pink city with bright green lights? Please, it’s okay. Of course, you still need to remember the balance of the city, so don’t get angry and start stacking lots of farms and warehouses on one end.

When it comes to gameplay, Airborne Kingdom is relatively easy to get, but the menus and overall UI can be a bit confusing in terms of layout. It feels natural to move the camera, but even at maximum sensitivity it can be a bit slow and slow. You can speed up your in-game clock if you want. This is a good quality of life feature if you have a little time to spare. Finally, the actual act of placing objects and buildings in the world feels comfortable and hassle-free. If there is a path to connect the structure, the game will automatically place it in the wisest position (although you can change this if you want).

The Airborne Kingdom is a perfectly amazing city builder that adds a great spin to the genre by focusing on weight and balance to ensure the survival of the community. The act of collecting resources and building structures is easy to feel, but some may want to take a little deeper overall control of the city’s population. Some gameplay quirks can also be frustrating. The camera may feel too slow and the UI may be a bit confusing.If you are looking for a city builder who feels a little different, But this may be for you.

Previous Post
Doug Bower commented on the fight against Joy-Con drift, stating that Nintendo is making “continuous improvements”
Next Post
GTA Trilogy could be this year’s “Cyberpunk 2077” as rock stars are flooded with refund requests